How and Why to Teach Fairy Tales? 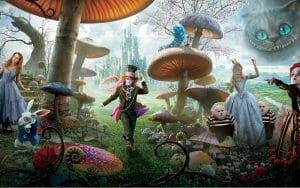 What is a fairy tale?

Recently, on a Whatsapp group, I received a BBC description on Swedish folklore. It described how folklores had a profound psychological impact on people. It made me think about Grimm’s fairy tales, stories I grew up reading. These were written by Grimm and Wilhelm who published the Grimms’ Fairy Tales.  Many experts have analysed these stories and have their various viewpoints. Some describe the fairy tales as evil and I wonder how it does these stories resonate with our present lifestyles? Many believe it to be an expression, an expression to help build imagination and intrigue.

So, what is a fairy tale? Fairy tales are stories and fall under the folklore genre. Fairy tales are unique in their style. They have elements like royalty, magic, hero/heroine, villain, problem & solution, a universal lesson. Fairy tales begin with “Once upon a time” and the ending with “happily ever after”.  However, all fairy tales do not start and end in that fashion.  There are other fairy tales like Puss in Boots, Little Red Riding Hood, that doesn’t end with “happily ever after”. The French writer, Perrault wrote Cinderella, The Sleeping Beauty, Blue Beard, The Fairies, Tom Thumb and other stories that were later translated in many different languages.

Should I teach it? 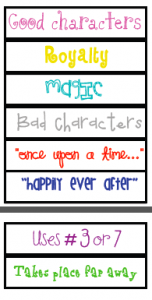 Elements of a Fairy Tale

Hannah McCarley, in her research called: From Once Upon a Time to Happily Ever After: Grimms’ Fairy Tales and Early Childhood Development, describes the social and emotional impact on the child. These stories make compelling gender claims. In many stories, for example, beauty is made to be an essential aspect for growing girls, and this is seen in the tale Cinderella. In Snow White, the female character tries hard to be the most beautiful person, a sign of vanity. It indicates that the physical appearance is essential for a woman and the man wants to possess her as a piece of art.  An article written by Stephen Evans on BBC Culture describes the fairy tales as being “the twisted world of Grimm’s Fairy Tales”. He says, “these stories have mutilation, cannibalism, infanticide and incest.”He continues to say, should they have been video games for children, they might have probably been banned or received some flak.” So, should I be teaching it?

Why should I teach it?

These stories are parts of historical literature and can be used as a discussion when relating to research. Fairy tales can be used to discuss gender roles and other cultural behaviours. Fairy tales teach students some realities of life. They provide an opportunity to discuss the cultural heritage as history. Some authors believe that fairy tales are a bridge between fantasy and realities of life. However, fairy tales are a part of literature. The very fact that it has not faded away makes it a classic. So teaching it in the present, needs teachers to be creative in a way that fairy tales build a bridge to understanding the past with the gift. It can also be taught using the literary style of writing and keeping the elements of the fairy tale in mind.

How should I teach it?

The News Republic, on the other hand, agrees with the violence of the fairy tales but claims that the encourage heroic deeds for the young boys and help fearful girls to become brave but finally to settle with a prince. How appropriate are these stories for the present-day lives? How can we use this literature to help students think, wonder and transform?

You can use the French and English fairy tales and compare it with the Indian tales that have similar fairy tales features. You can use stories like the Ivory and the Fairy Princess,  Diamond Cut Diamond, Folklore of Bengal, and some printed ones are Anklet for a Princess (similar to Cinderella) and Indian Fairy Tales.  (Read Write Document sample)

What can librarians do with fairy tales? 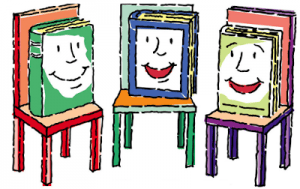 Librarians can use fairy tales as a unit of discussion for a month.

Librarians must move away from colouring and bookmark making activities to more meaningful engagements to support students love for reading and building on their literacy skills of analysis and deeper comprehension.

IB Librarians – What makes them so special?

IB Librarians – What makes them so unique? People in India, often have an image of a librarian with glasses, stern and someone who hushes you to be quiet. But a librarian at an international school or IB librarians are dynamic and have a growth mindset to learn. 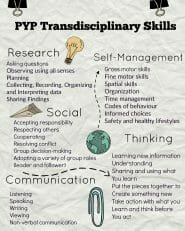 IB Librarians learn how to connect the IB learner profiles, transdisciplinary skills and concepts to stories and the Units of Inquiry. They are often found using technology tools and various apps to help students share their learning.  IB Librarians connect through read-aloud sessions keeping in mind – Reading with a Purpose, and five keys to storytelling, supporting Literacy. With computers in the hands of the children, it’s important to teach them DigitalCitizenship  (Commonsense Media Guidelines) as a part of the library classes. Of course, all of the resources are guidelines to suit your patrons and learners. 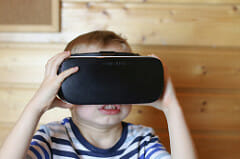 Librarians in IB schools wear many hats: one of a curator of resources both print and digital information, they collaborate with teachers to build the collection, they co-teach with classroom teachers, maintain the library, work with the technology department and use technology tools to sharpen students understanding. 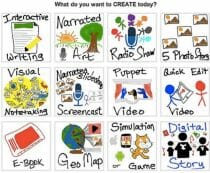 Creating with digital tools by Speed of Creativity – CC- BY-NC

They usually have the digital Library platform where they share library news, resources, and information with their learners. Now, librarians are bringing content to students by using Virtual Reality (VR) and Google Expeditions to the units.

Librarians who join international schools are often perplexed about teaching and often ask about a library curriculum. There is no stand-alone curriculum for librarians. However, I guess you will need to create one that combines the ATL or the Transdisciplinary Skills or the AASL or ISTE Standards to match the Units of Inquiry and find various ways and strategies to enrich literacy. These guidelines can give librarians accountability and direction. Many librarians are creating different planners. I was at a conference last November 2017 and the presenter – Doug Johnson recommended adopting ISTE standards. I looked at them carefully and found them to be relevant and robust, precise and attainable. Keeping the standards in mind, you can create engagements to match the Units of Inquiry.

Yes, that’s a lot of work, but I guess when a couple of librarians come together to collaborate and support each other, they can create a unique curriculum that works for their school. There is no “one size fits all” formula at International Schools. Each school is exclusive and therefore forming guidelines/engagements/ standards-based or skills-based structures to suit your learners is something for each librarian to ponder. Collaborating with your curriculum head or coordinator helps give direction. Feel free to email me for a good discussion.